The Moment of Lift: How Empowering Women Changes the World

The Splendid and the Vile: A Saga of Churchill, Family, and Defiance During the Blitz

The Code Breaker: Jennifer Doudna, Gene Editing, and the Future of the Human Race

Added to wishlistRemoved from wishlist 0
Add to compare
CHF 11.99 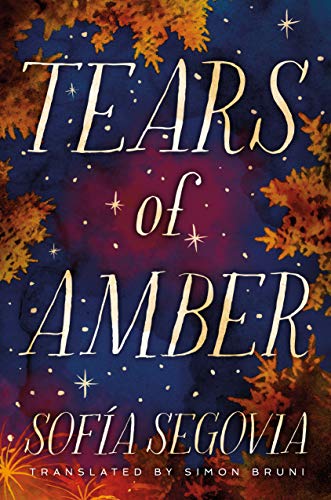 From the bestselling author of The Murmur of Bees comes a transportive novel of two families uprooted by war and united by the bonds of love and courage.

With war looming dangerously close, Ilse’s school days soon turn to lessons of survival. In the harshness of winter, her family must join the largest exodus in human history to survive. As battle lines are drawn and East Prussia’s borders vanish beneath them, they leave their farm and all they know behind for an uncertain future.

But Ilse also has Janusz, her family’s young Polish laborer, by her side. As they flee from the Soviet army, his enchanting folktales keep her mind off the cold, the hunger, and the horrors unfolding around them. He tells her of a besieged kingdom in the Baltic Sea from which spill the amber tears of a heartbroken queen.

Neither of them realizes his stories will prove crucial and prophetic.

Not far away, trying and failing to flee from a vengeful army, Arno and his mother hide in the ruins of a Königsberg mansion, hoping that once the war ends they can reunite their dispersed family. But their stay in the walled city proves untenable when they find themselves dodging bombs and scavenging in the rubble. Soon they’ll become pawns caught between two powerful enemies, on a journey with an unknown destination.

Hope carries these children caught in the crosshairs of war on an extraordinary pilgrimage in which the gift of an amber teardrop is at once a valuable form of currency and a symbol of resilience, one that draws them together against insurmountable odds.

Be the first to review “Tears of Amber” Cancel reply